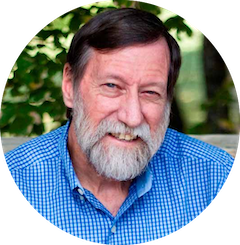 J. Stephen Robinson completed his undergraduate B.S. in Chemistry at Rensselaer Polytechnic Institute in upstate New York and enrolled in a combined M.D. – Ph.D program at the University of California in Los Angeles (UCLA) where he completed my doctorate in Biological Chemistry in 1973 and obtained his medical diploma in 1975. Stephen stayed on at UCLA to complete a three-year residency in Pediatrics. While on the adjunct teaching staff of UCLA Medical School, he practiced Emergency Pediatric medicine and completed his Masters degree in Public Health with an emphasis on international health/nutrition. He and his family moved to Texas in January 2000. After teaching at the Conroe High School Academy for Science and Health Professions, Stephen joined a group practice in the Woodlands in April 2002 and decided to leave in September 2005 to open his own practice in the Lake Conroe/Montgomery area.