THE COMPREHENSIVE GUIDE TO KNEE PAIN

Your body’s two largest joints are found in the middle of your legs. Not only are your knees vital to walking, running, standing, and jumping, they are essential to just about every movement you perform over the course of the day. That is also why the knees are some of the most commonly injured joints in the entire body. 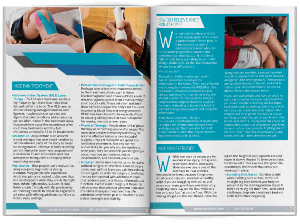 Download our Comprehensive Guide to Knee Pain in an Ebook

Take a PDF version of this article "to go" and read it at your convenience.

Anatomy of the Knee

Every joint in your body consists of three elements – bones, ligaments that attach the bones to each other and tendons that attach the muscles of the body to the bone. Regardless of where the joint is located, from the smallest version in your pinkie toe to the large joints in your body like the hips and knees, they are all put together using the same fundamental mechanics. The differences come into play with the type of bone that is connecting to another bone. For instance, shoulder joints are known as ball and socket joints because the head of the humerus, your main arm bone, fits into the cup of your scapula or shoulder blade.

Since they are among the largest joints in the body, your knees are also very complex. In order to support your weight moving forward and backward, and somewhat side to side, the bones, ligaments, and tendons must be able to move together perfectly. Unlike your shoulders or hips, your knees are not ball and socket joints, where the head of one bone fits into the socket of another. Instead, they are compound, modified hinge joints where three leg bones come together. Your tibia (shinbone), femur (the thigh bone) and patella (kneecap) come together, attached by strong, stringy attachments called tendons and ligaments. Ligaments connect one bone to another while tendons connect muscles to bone. These connections make it possible for you to bend your knee, extend your leg and move your leg slightly from right to left or left to right.

Damage to one or more muscle, bone, tendon, or ligament, or to the soft tissues surrounding any of these structures can result in a pain that limits your mobility. 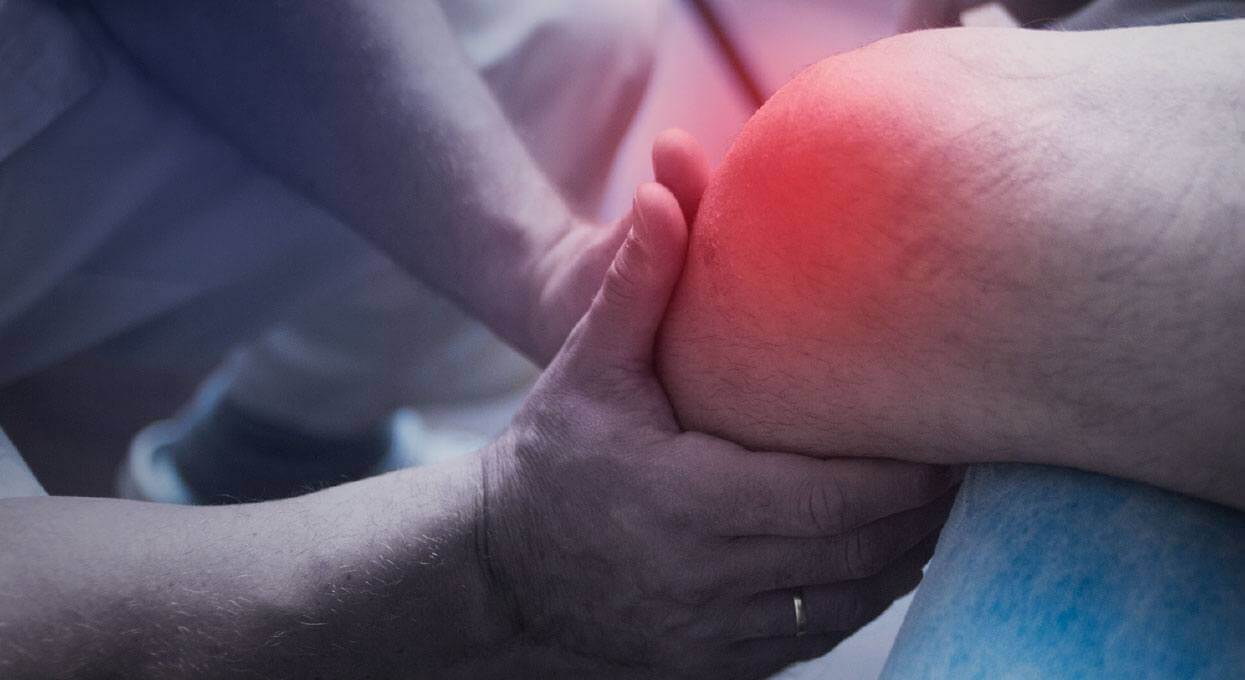 Because of the knee joint’s complexity, it is prone to damage from a variety of sources.

What are the Symptoms of Arthritis in the Knee?

Cartilage is a hard, tough covering that surrounds the ends of bones. Think of cartilage like brake pads on a car. Not only does it protect the bones that make up the joints from rubbing on each other, it also prevents tendons and ligaments from slipping out of place. When there is adequate amounts of cartilage, the structure of the knee is stable and can perform any function you would like it to. Once osteoarthritis sets in, the cartilage begins to deteriorate. Instead of allowing the bones in the knee to glide the way they should and keeping the knee structure sound, three things can happen. The bone can deteriorate causing painful bone spurs that catch the tendons and ligaments, bits and pieces of the cartilage tear away, and inflammation can set in around the knee. All three cause pain every time you walk, run or even stand up.

In fact, pain that cannot be traced to a certain injury, event or accident is the number one symptom of arthritis in the knee. However, this pain is often accompanied by a “grating” or “scraping” sensation. There may be mild swelling around the knee that is generally worse at the end of the day, There may even be a cracking or popping sound when the knee moves.

What Causes Arthritis in the Knee?

It is believed that osteoarthritis may have a genetic component, but it also happens in people with certain risk factors. People who are overweight are more likely to develop arthritis in the knee because they put more wear and tear on their joints. The pressure we put on our knees is not a pound for pound measurement. Instead, studies have shown that for every pound of weight a person loses, they reduce the pressure on their knee by four pounds. Lose ten pounds? Reduce the pressure on your knees by 40 pounds.

Likewise, osteoarthritis happens more regularly to people with chronic injury to their knees or who use their knees as a part of their work. Athletes and those with careers that require long periods of standing, lifting, squatting or running can wear away the cartilage in their knees more quickly. Even people who have had a previous surgery on the knee or previous knee injury that has healed are more prone to arthritis.

What Can Causes Sudden Knee Pain?

Sudden knee pain is more commonly associated with an injury or accident.

Knee pain is one of those symptoms that you simply cannot ignore and hope it goes away. Since the knee is vital to so many daily movements, pain, inflammation or injury can lead temporary or permanent disability very quickly. If you are experiencing knee pain, whether it has been slowly coming on or suddenly hit you like a ton of bricks, it is important to seek medical attention.

Your physician or chiropractor will begin by taking a detailed medical history. They will ask you questions about your physical activity, your habits, your accident history, and your employment. They will also take your vital measurements such as your height, weight, and blood pressure to determine if there is a reason to suspect an underlying cause for your knee pain. It is important to be thorough and honest in your explanations to your medical care provider. Do not claim to exercise six days a week if you are a couch potato. This will only affect your diagnosis in the long run.

Next, your medical practitioner may take a series of images of your knee. These may include x-rays, ultrasounds or Magnetic Resonance Imaging (MRI). These tests are designed to help your care provider see underneath your skin to find out if there are any obvious problems with the structure of your knee. Why the need for more than one test? X-rays will only show you the skeletal system while ultrasound and MRI will show any soft tissue problems including problems with tendons, ligaments or cartilage.
Based on your medical history and these tests, your care provider will be able to make a diagnosis as well as recommendations for treating your knee pain that will leave you feeling as good as new.

How do I Relieve Knee Pain at Home?

We have said it before and it is worth saying again. If you have a sudden bout of knee pain, it is best to consult with a medical practitioner who can rule out underlying medical causes. But, sometimes your knee hurts and it’s late at night. Or your knees are talking to you after pulling a double shift. Or that half marathon left your knees stiff and sore.

What do you do?

Since pain and inflammation go hand in hand, it is important to reduce the inflammation in the knees. The most effective way of doing this involves the RICE (Rest, Ice, Compression, Elevation) protocol. Simple, safe and easy to perform at home, icing the affected knee for 10-minute stints, using a compression bandage or sleeve to support the knee and elevating it above the level of your heart can go a long way to reducing the inflammation.

If your doctor approves, taking a non-steroidal anti-inflammatory drug (NSAID) can reduce the inflammation in your knee and help you rest. There are also fantastic products on the market that rely on natural ingredients to ease aching joints. Many contain menthol, a natural ingredient found in peppermint oil that works well as an analgesic (and decongestant). These products are applied directly to the skin and work to reduce pain and inflammation as they are absorbed into the tissues below.

If you are overweight and have chronic knee pain, rest may be the exact opposite of what you need. Gentle stretching and low-impact exercises such as walking, swimming or water aerobics can simultaneously help you lose weight and strengthen the muscles that are working to hold the part of your knee in place. As we said before, losing even one pound can reduce the amount of pressure on your knees by as much as four pounds. Anything you can do to further minimize the pressure on your knees will ultimately alleviate your pain.

While rest may be necessary for an acute knee injury, it may also exacerbate chronic knee pain. Moderate exercise is one of the best ways to treat arthritis symptoms in the knees because it improves circulation and helps you maintain a healthy weight. If you are struggling with aches and pains in your knees, give these exercises a try.

Just because knee pain is one of the most common causes of debilitating pain in the country doesn’t mean you have to deal with it on your own. For more information on knee pain or to talk to a doctor about your knee pain, contact Sandstone Chiropractic.

REQUEST AN APPOINTMENT AT SANDSTONE